It is made of the softest lamb’s leather, this ladies’ leather jacket. Its name is Locke – after the English philosopher, whose ideas are inscribed in it. The spiritual father of the Enlightenment and liberalism always placed the freedom of the individual over collectivism and adapting to the masses. A sense of freedom – that is what Locke conveys as well, despite its body fidelity, despite its slinky character: It simply wants to be near its person. But without constraining its wearer, without straitening her, without being too close to her. 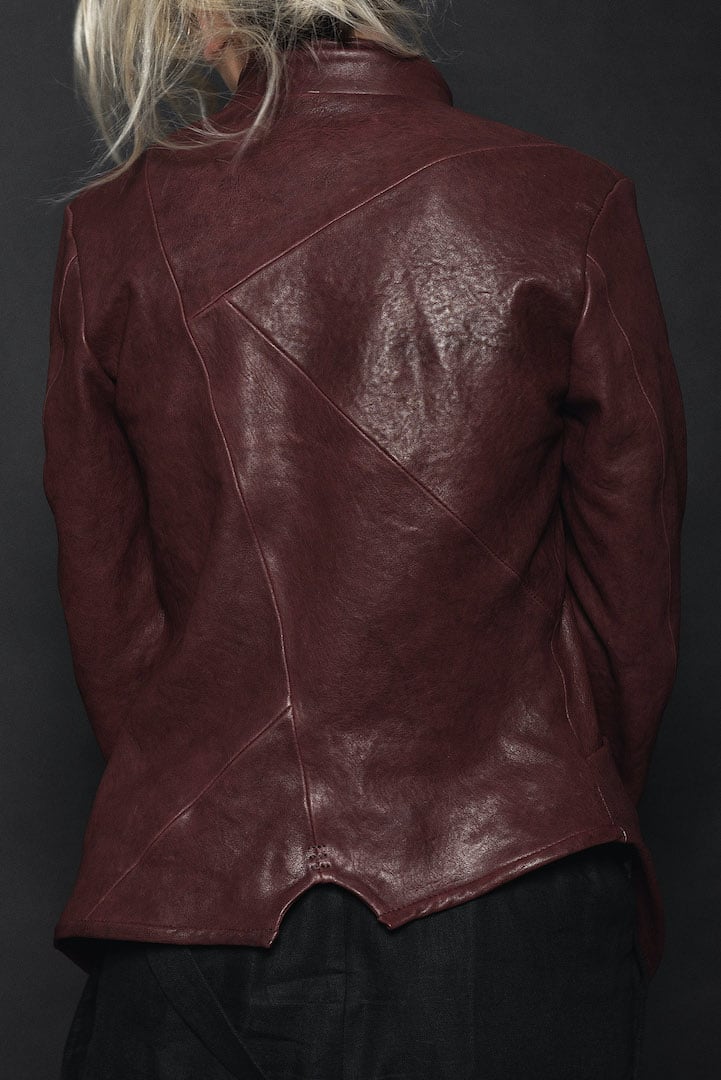 LOCKE DOES NOT SATISFY THE HUMAN NEED FOR SYMMETRY

Quite consciously, of course. Asymmetry runs through its entire being, and yet this irregularity, this nonconformism feels harmonious and coherent. It unites apparent contradictions in its cut and material – strict, resolute, masculine-looking lines meet the soft, sensual leather which provides freedom. This softness of the leather is not only delicate – it can also be rough and wild: This exquisite material that is difficult to tame seems to have its own will, but in symbiosis with its wearer, its stubbornness is transformed into subtle obstinacy.

It is undisputable that we carry something inside us which thinks. 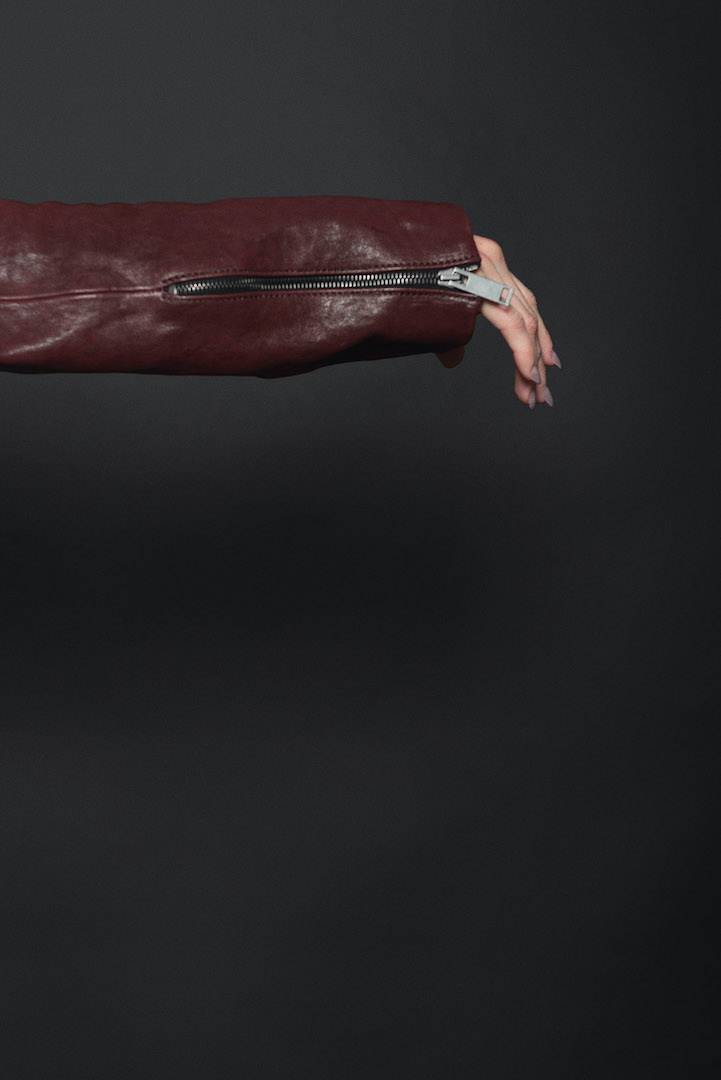 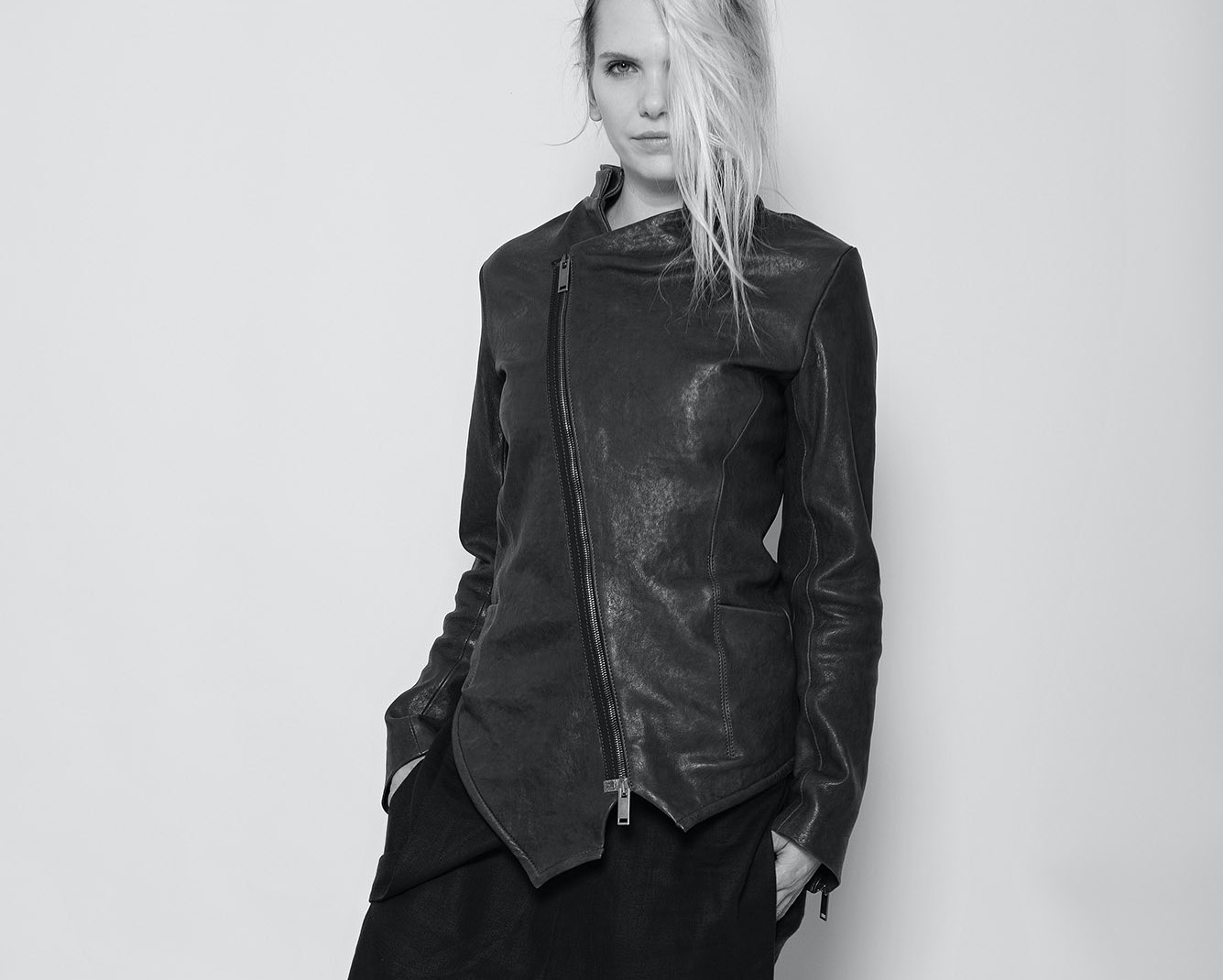 A small work of art, of which only seven black and seven red pieces exist – each of them unique, the products of many months of thinking and designing which we cut, sewed, put together and provided with precious details in many, many hours. One of those details is the zipper made of massive titanium – custom-made for eigensinnig. On the back, the seams follow a particularly wayward pattern – they are reminiscent of the detours one prefers over linear paths, because they promise more beauty. Hidden inside is a fabric that is so much more than just an intermediate material: it is imprinted with an a work of art penned by designer Stefanie Hofer. And what Locke tells us with its double stand-up collar is this: my personality has many layers; many-layered personalities feel comfortable in me. 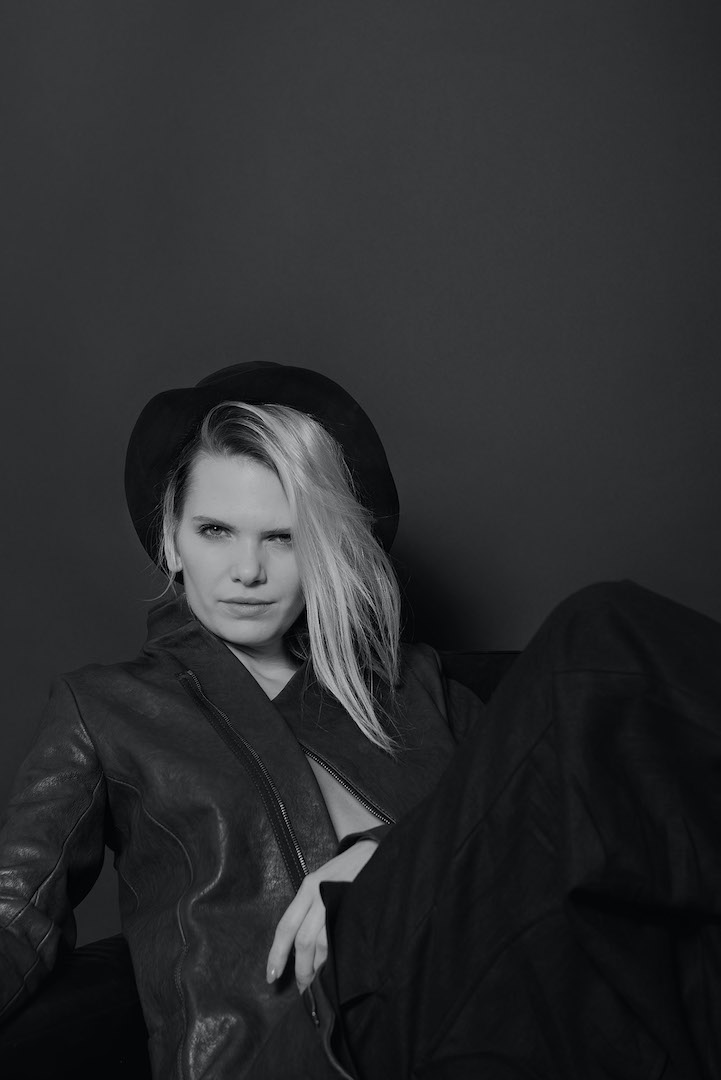 ARTICLES FROM OUR MAGAZIN